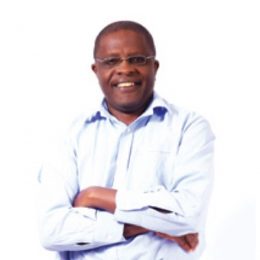 Wonder has over 30 years mining experience gained at various mining sites in Zimbabwe. He has experience in surface and underground mining of base and precious metals.

He has had hands on experience in the development of several gold projects into viable productive operations from green fields. His management experience ranges from onsite management, development and operations, to senior corporate positions at head office.

He has been an independent mining consultant since 1998 and his expertise includes, project management, mine valuation, pre-feasibility and feasibility studies, mine planning and design, and due diligence. Wonder is a graduate of the Imperial College London University where he graduated with a BSc Eng (Hons) in Mining and a Diploma of the Royal School of Mines (ARSM) (1984).

He further graduated with a Master’s in Business Leadership (MBL) from Unisa in 1993. Wonder started his career in 1984 when he joined Anglo American Corporation subsidiary company Bindura Nickel Corporation where he worked for some years up to 1989 and then joined Gulliver Consolidated a mining contracting company.

Arimon has over 24 years post graduate experience in Zimbabwe, Mali and Tanzania. Arimon has been involved in the field of geology, ore body resource modeling, geostatistical modelling and evaluation for over 20years. He is one of the leading resource geologist in the country. His area of expertise acquired over the years in the industry include the following: supervision of exploration drilling programs, optimizing exploration programes, mapping, core logging sampling design QAQC and Datamine administration. Arimon is proficient in the following mining software, Datamine Isatis, Surpac and Vulcan.

Arimon Ngilazi (50) graduated at the University of Zimbabwe (UZ) in 1991 with an Honours Degree in Geology. Gained a post-graduate diploma in Mining Geostatistics from the Centre de Geostatistique, Fontainebleau (France) in 1999 and an MBA from the Graduate School of Management (UZ) in 2007.He then worked for Anglogold Ashanti at SEMOS Sadiola and Yatela mines in Mali until 2010 after which returned to Zimbabwe to join SRK Consulting Zimbabwe as the Country Manager. He left SRK in January 2016 and has been with Edelrod Consulting since then.